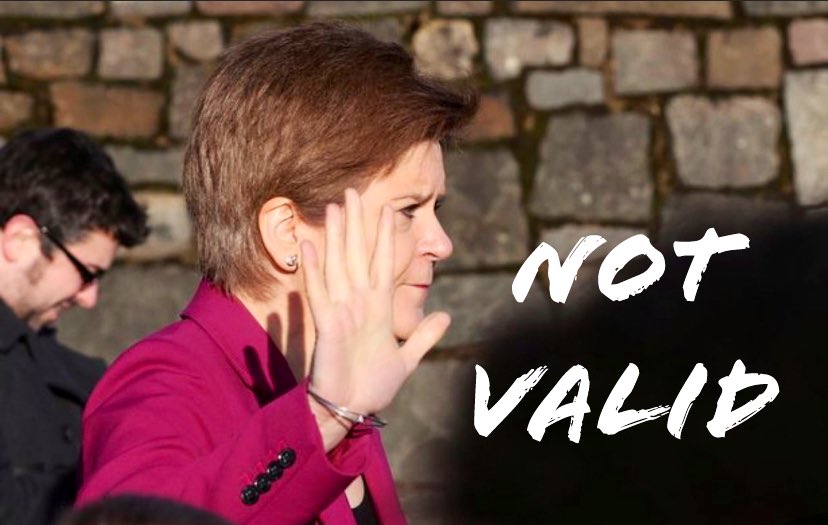 The First Minister Nicola Sturgeon seemed surprisingly ill-informed and bad-temped when interviewed yesterday on World at One, Radio 4. The audio of the interview is below, and a transcript is here.

We have responded to some of the inaccurate comments made by Nicola Sturgeon. Her direct quotes are in bold, with our response below each one:

The legislation was introduced to Parliament last week…All of the MSPs in my party were elected on a manifesto commitment to do this.

Not true. The SNP 2021 manifesto, as shown below, committed only to developing legislative proposals after working with a range of groups, and there was no commitment to introduce self-declaration of sex. The manifesto has also been broken as the Bill was finalised without any input from women’s groups, who the Cabinet Secretary only subsequently met once shamed into doing so.

And it’s about making that process less traumatic and inhumane for trans people, one of the most stigmatised minorities in our society.

There is no evidence that the application process is traumatic and inhumane, in fact it is fully compliant with best international practice and works exactly as intended, with 95% of all applications succeeding.

The UK Government has recently introduced two important changes to the Gender Recognition Act – reducing the fee from £140 to £5, and moving the application process online. This has led to an increase in applications, yet there is no analysis or recognition that since the draft Bill was written the process has already been simplified and made “less traumatic” in Scotland.

Yes, it does. Even Equality Network recognise that only some transwomen are eligible for a gender recognition certificate (GRC). Under the proposed reform those who claim the label transwoman, but do not have gender dysphoria will have the new right to apply for a GRC. As will all others under the Stonewall trans umbrella including (but not limited to) transvestites, crossdressers and gender-variant.

When the Bill was introduced the Cabinet Secretary said: “there are around 25,000 people in the trans community in Scotland but only around 600 of them have a gender recognition certificate…Far more of those 25,000 would have wanted to obtain a gender recognition certificate”. Indeed the Scottish Government anticipates a tenfold increase in applications, and that is without any acknowledgement whatsoever that the Bill actually extends the right to change sex on birth certificate, not just to all trans people, but to 100% of the population.

Nor does it take away from women any of the current existing rights that women have under the Equalities Act.

The First Minister should really know that the correct name for the law is the Equality Act. And you will forgive our scepticism of any reassurances about protecting these rights from a Government that has just been found to have acted unlawfully in redefining “woman” in the Equality Act to include men.

it doesn’t change anything about safe spaces

Well that very much remains to be seen. There is no clarity on how changing the criteria for a GRC might impact on single-sex spaces. The Equality and Human Rights Commission were concerned enough to write to the Scottish Government, stating clearly that the potential consequences include “those relating to the collection and use of data, participation and drug testing in competitive sport, measures to address barriers facing women, and practices within the criminal justice system, inter alia.”

The Scottish Government’s view that GRCs have no effect on how the Equality Act operates is also contrary to the UK Government’s understanding. For example, the Ministry of Justice HM Prison & Probation Service treat GRC holders and non-GRC holder differently, stating that “transgender women prisoners with GRCs must be treated in the same way as biological women for all purposes”. This policy was recently upheld as lawful in a judicial review.

The Scottish Government position is entirely contradictory. In her statement to Parliament the Cabinet Secretary said that trans people can still be excluded from single-sex spaces such as a group counselling session for female victims of sexual assault, as specified in the Explanatory Notes of the Equality Act, but with no recognition that providers of such services must be inclusive of transwomen in order to receive any Government funding.

instead of having to go through a process that means you have to go before a medical panel to prove gender dysphoria, you can self declare

No applicant has to personally appear before a medical panel. Applicants submit two medical reports, a written statutory declaration, and some documentary evidence such as pay slips or utility bills showing a name change. It is a paper exercise only – an applicant is not questioned about their life circumstances, and nor is their appearance assessed.

That the First Minister has erred so badly is worrying. Either she is woefully misinformed, or is deliberately misrepresenting the process as “traumatic” to elicit sympathy for the proposed reform.