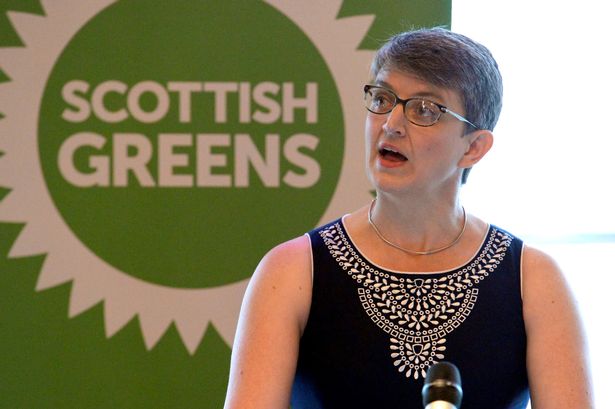 Maggie Chapman was interviewed on the podcast Ungagged! Talking Sense: with Maggie Chapman. An audio excerpt of the discussion about reform of the Gender Recognition Act (from 41:35 mins) is below, and a transcript is here.

We have responded to some of the inaccurate comments made by Maggie Chapman. Her direct quotes are in bold, with our response below each one:

Maggie’s position is Deputy Convener and the Bill is with the Committee from the start of Stage 1.

basically what the GRC does is allows trans people to have their… um… their gender as they live recognised and registered in law on… on personal documentation like birth certificates, passports

So at the moment the process to get a GRC requires medical intervention. It requires um… medical professionals to confirm a diagnosis of gender dysphoria or to confirm that this is actually the best thing for that individual

A diagnosis of gender dysphoria is the requirement, nothing else.

it will take out that invasive and intrusive medical… um…  diagnosis, medical intervention requirement

There is no requirement for any form of medical treatment to be undertaken.

The Bill seeks to remove the £5 application fee.
It is unclear what circumstance is being described here where a GRC would assist. A lawyer would advise that an employee with the protected characteristic of gender reassignment was protected from discrimination at work under the Equality Act whether or not they have a GRC. An employee without a GRC would be told by lawyers that they could not bring a case to be treated for any purposes in law (such as pensions) as the opposite sex and therefore cannot incur costs for that. They might bring a case seeking to be treated in practice as if they had changed their sex, for example if they were denied access to opposite sex changing rooms or roles reserved to people of the opposite sex. But campaigners concerned that GRC holders may acquire stronger rights in such cases have been described as spreading “misinformation” by campaigners for reforming the GRA to self-ID.

There is no evidence that the application process is traumatic and inhumane, in fact it is fully compliant with best international practice and works exactly as intended, with 95% of all applications succeeding.

I know there’ll be people who are very unhappy with the reduction of the age limit to 16
Interviewer: and to get married, right, and is there a cooling off period to get married? No. [laughter] I meet a lot of people who in their lives [indistinct]. We don’t try and force people, and infantilise them in that decision

Legislation to raise the legal age of marriage to 18 in England and Wales is currently proceeding through Westminster with government support, in response to a campaign raising concern about the coercion of under-18s. See this article in the Guardian.

One of the things is this is a statutory declaration, part of that statutory declaration is that as a trans person… um… you… you are saying that this… this is how you are going to live for the rest of your life and if that declaration is made falsely that… that is breaching… that is a breach of law and I know what we’ve said already about enforcement of law… um…within our… our police and criminal justice system but I think… I think there is something quite clear about this.

Earlier in the interview, failures to investigate, charge, prosecute and convict in cases of sexual offending against women were discussed – yet somehow we are expected to trust that this breach of the law will be prosecuted, even when it’s a self-declaration based on unfalsifiable, wholly subjective innermost feelings.

Disproved by just one example – Karen White. Sadly, there are many other cases.