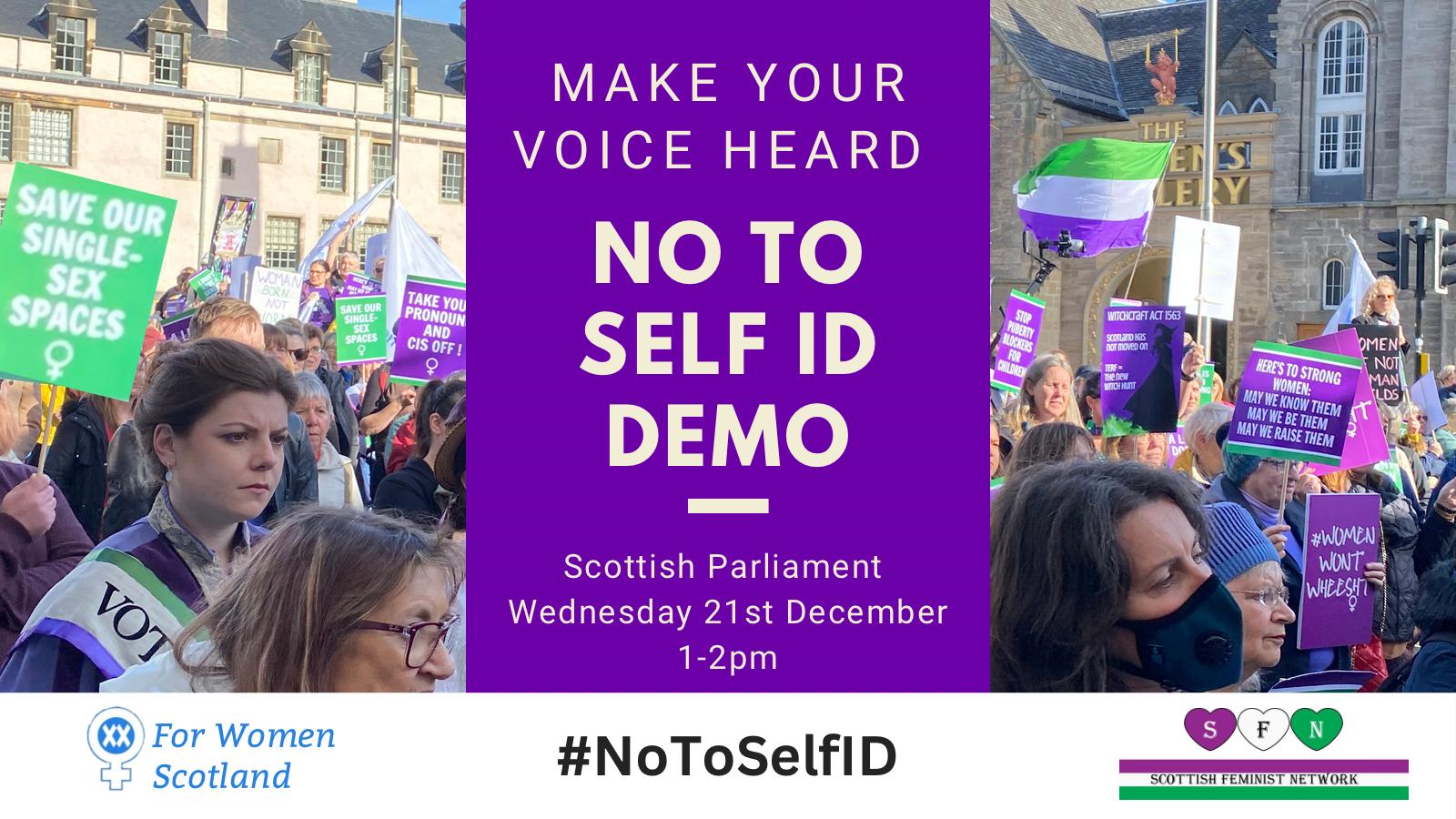 The final vote of the Gender Recognition Reform Bill takes place on 21st December and we will be outside the Scottish Parliament demonstrating from 1-2pm. If you can get to Edinburgh please come and join us, women and men both welcome.

Come and tell your MSPs what you think of them rushing through legislation that the Scottish public does not want and which will undermine the rights of women and children.

There is still time to write to your MSPs before the vote.

So far, many politicians have failed to engage with our questions and concerns so now is the time to point that out and ask them to vote against the Bill on the 21st. You can email your 7 regional, plus 1 constituency MSPs by putting in your postcode at writetothem.com.

Please tell them the Bill is deeply unpopular with the public, the EHRC and the UN special rapporteur for violence against women and girls have raised concerns which remain unresolved, and there has been no time to take stock of, or propose appropriate amendments to, the court decision which ruled a person’s sex does change in the Equality Act with a GRC, and will thus have a devastating impact on women’s rights. The Bill remains flawed with inadequate debate and minimum amendments which do not protect single-sex spaces such as hospital wards, and now the UK Government is likely to take action over the unresolved cross-border implications.

Our Stage 3 Briefing has been emailed to all MSPs.

ASK YOUR EIGHT MSPs TO VOTE AGAINST THE BILL AT STAGE 3.