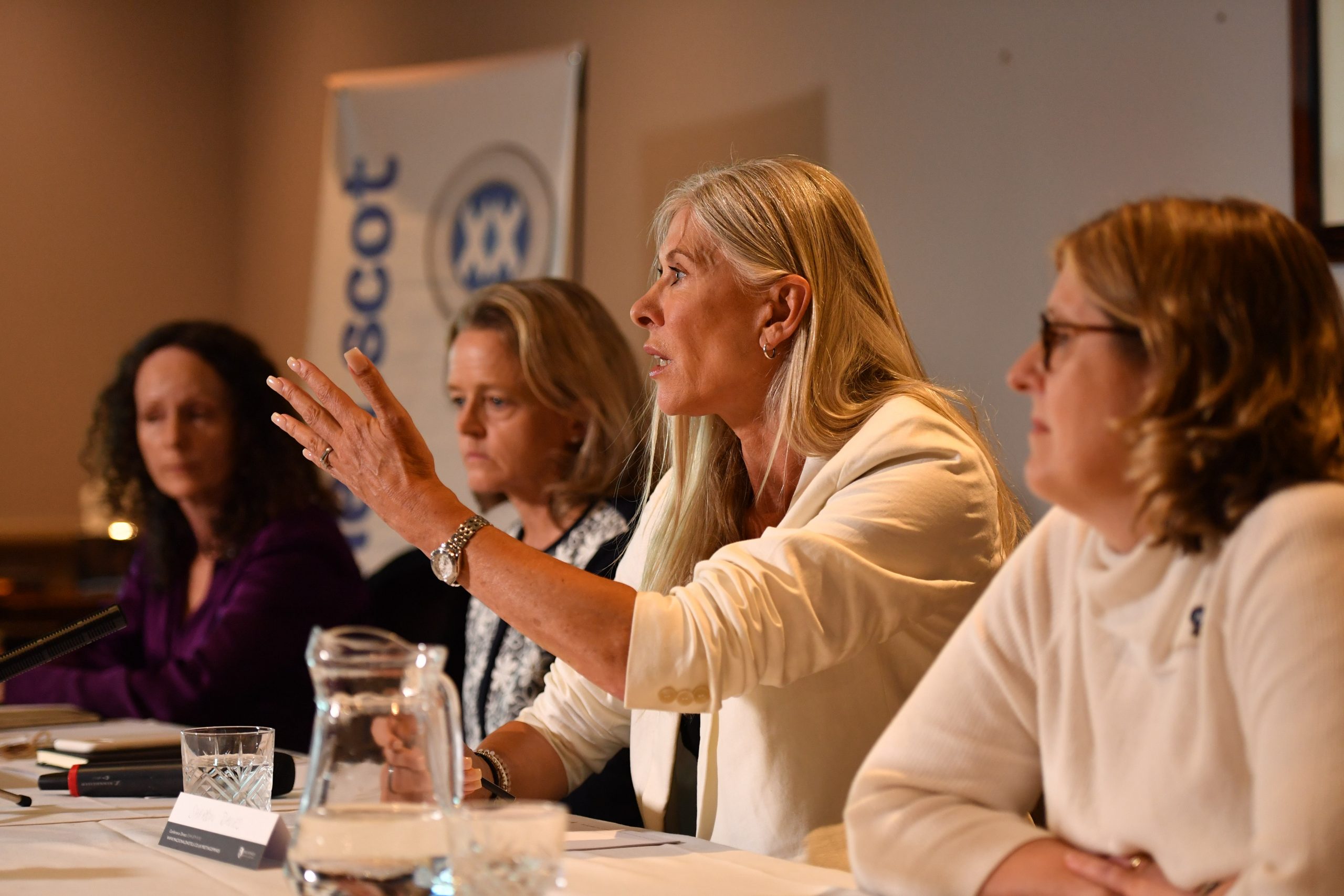 The Scottish Parliament is currently considering legislation that will allow anyone over the age of 16 to change their sex in law. So any man who says he identifies as a woman will be able to change his legal status by making a simple statutory declaration. We have grave concerns about the potential consequences of this law on women’s hard won rights, including the impact on women’s sports.

Last month, MSPs took evidence from sports people. They heard from two male witnesses representing sportscotland and LEAP Sport Scotland. However, they did not take evidence from any female athletes: the very people who will be detrimentally affected by this law. This is why we invited Olympians Sharron Davies MBE and Mara Yamauchi, and Fiona McAnena from Fair Play for Women to a press conference in Edinburgh.

Sharron Davies is a swimmer, who was selected aged 13 to represent Great Britain at the 1976 summer Olympics in Montreal. The following year she won two bronze medals in the 1977 European Championships. In 1978, aged 15, she won gold medals at the Commonwealth Games 200 and 400 metre individual medleys. She held the Commonwealth Record for the 400 metre individual medley for 18 years. She took the silver medal in the 400 metre medley at the 1980 Moscow Olympics behind East German Petra Schneider, who later admitted that the victory was drug enhanced. In the 1993 New Years Honours, Sharron was appointed Member of the Order of the British Empire for services to swimming.

Mara Yamauchi is a long distance runner who became a full-time athlete at the age of 33 after a decade working as a diplomat in the Foreign and Commonwealth Office. She won the bronze medal in the 2006 Melbourne Commonwealth Games 10,000, winning the 2008 Osaka Ladies’ Marathon, finishing runner-up in the 2009 London Marathon, and finishing sixth at the 2008 Beijing Olympics.

We are immensely grateful to Sharron and Mara for travelling to Edinburgh and talking so knowledgeably about the issues with self-declaration of sex for women’s and girls’ sports, right through from grassroots to elite competition level. It has started a lot of conversations and we are delighted with the media coverage, which includes the following:

A few photos from the event:

Many thanks to the MSPs who made the time to speak with us: Brian Whittle, Douglas Lumsden, Sue Webber and Anas Sarwar.