Meet Kellie, aka Posie Parker, who sells t-shirts printed with the dictionary definition of ‘woman’.  From the profits raised, Posie paid for a billboard displaying the same slogan at a site in Liverpool, just in time for the Labour party’s annual conference in the same city. 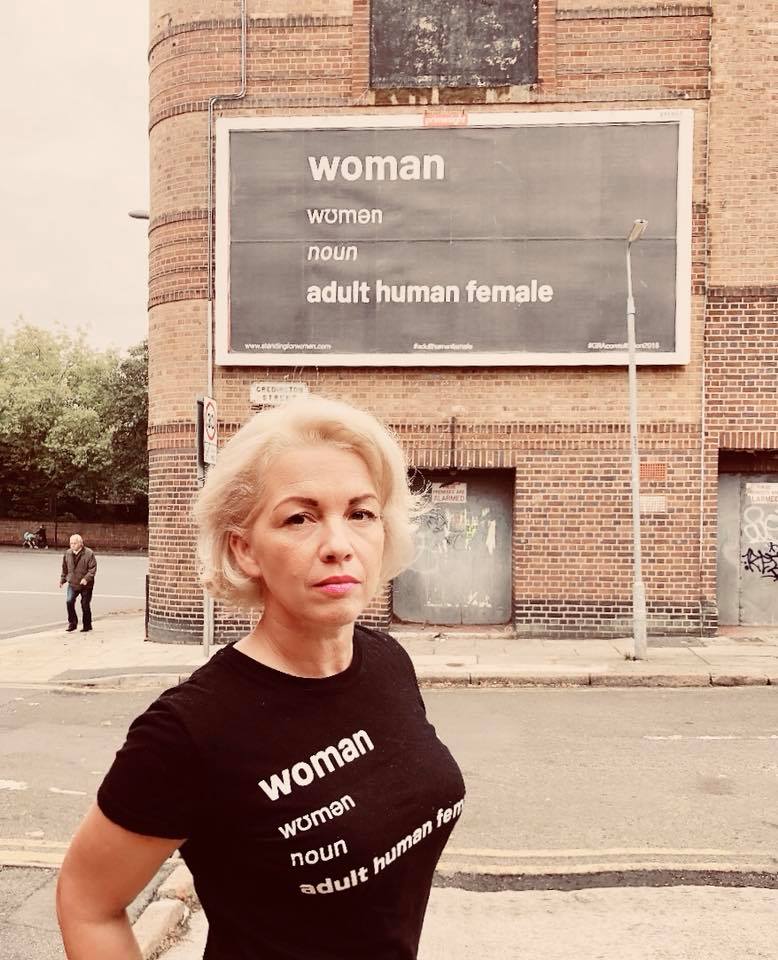 Women are a distinct biological class whose legal rights and protections are currently under threat.  The Labour party has recently taken it upon themselves to redefine women, to include any man who simply declares himself to be a woman.  This has lead to men (adult human males) being included in All-Women Shortlists, an initiative which was set up to counter the historical disadvantage that women have faced and go some way towards attaining equal representation for women in politics. That the billboard was in place for the National Women’s Conference was particularly significant and it communicated an important, and factual, message.

A group of women (Labour party members and many others) are legally challenging Labour’s stance on All-Women Shortlists and have raised over £28,000 to date: https://www.gofundme.com/fighting-for-female-representatives

However, somewhat predictably, it did not take long before transgender activists complained about the billboard, claiming that its message was propaganda and hate speech.  See the Twitter thread:   https://twitter.com/Direct_PS/status/1044263398333132800 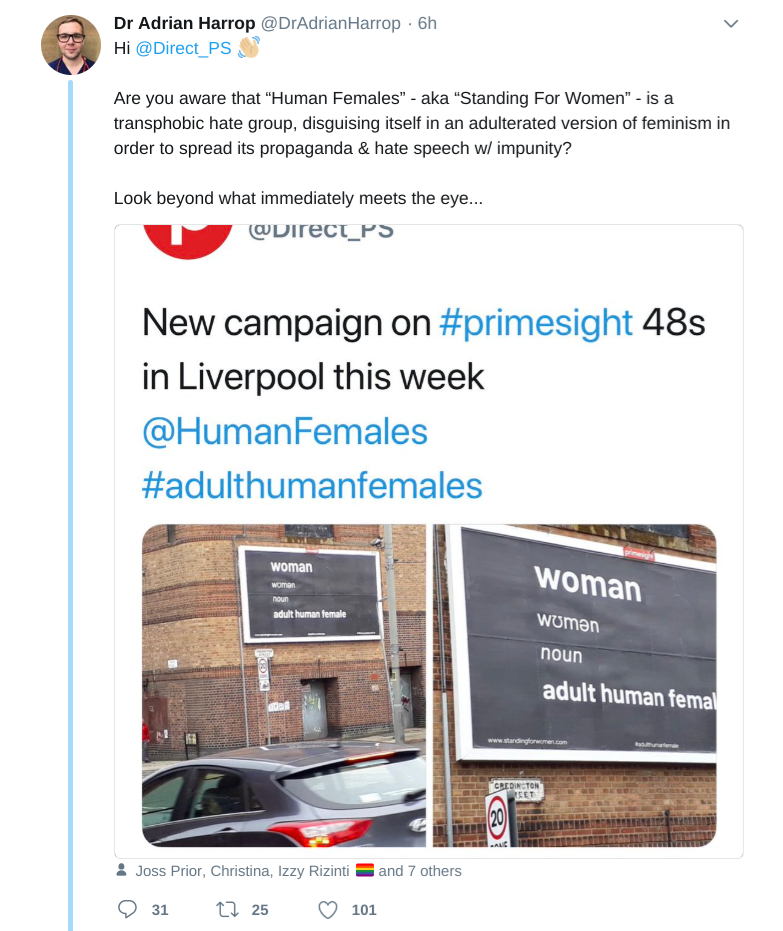 Although I was a little surprised that the billboard company capitulated so quickly: 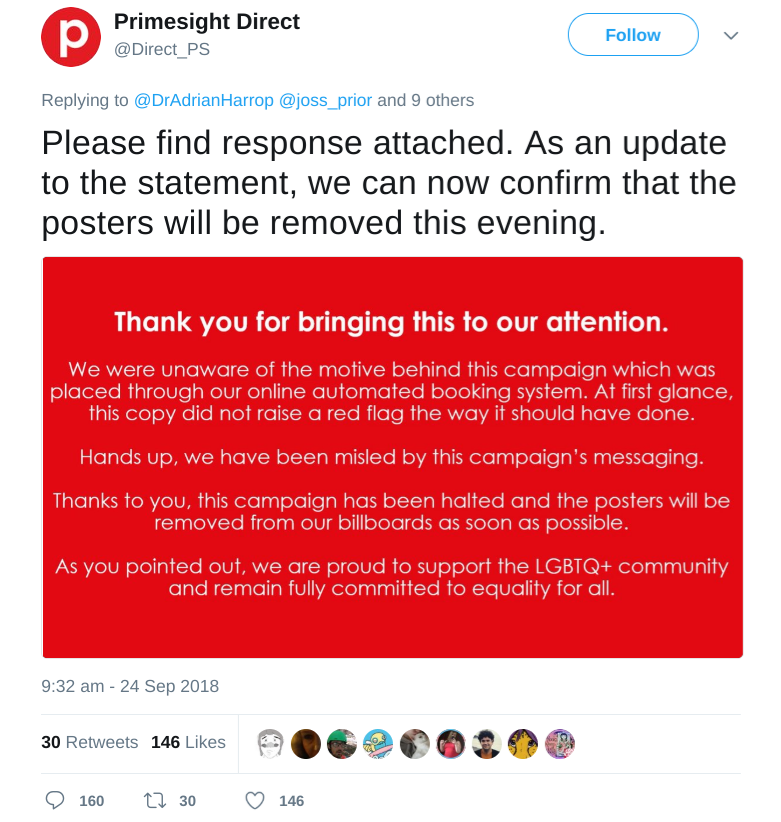 Primesight Direct said, “At first glance, this copy did not raise a red flag…”  Well no, why on earth should it?  Whoever would have thought the Oxford English Dictionary’s definition of ‘woman’ would be in any way controversial or offensive?

If the infamous UKIP queues of immigrants billboard was not a problem, why is stating blindingly obvious biological facts now a problem?  Political discourse in this country has reached a new low point whereby defending women’s rights is deemed to be hateful and transphobic.

(a) burn all dictionaries and biology text books, or

(b) become walking billboards with our own t-shirts?