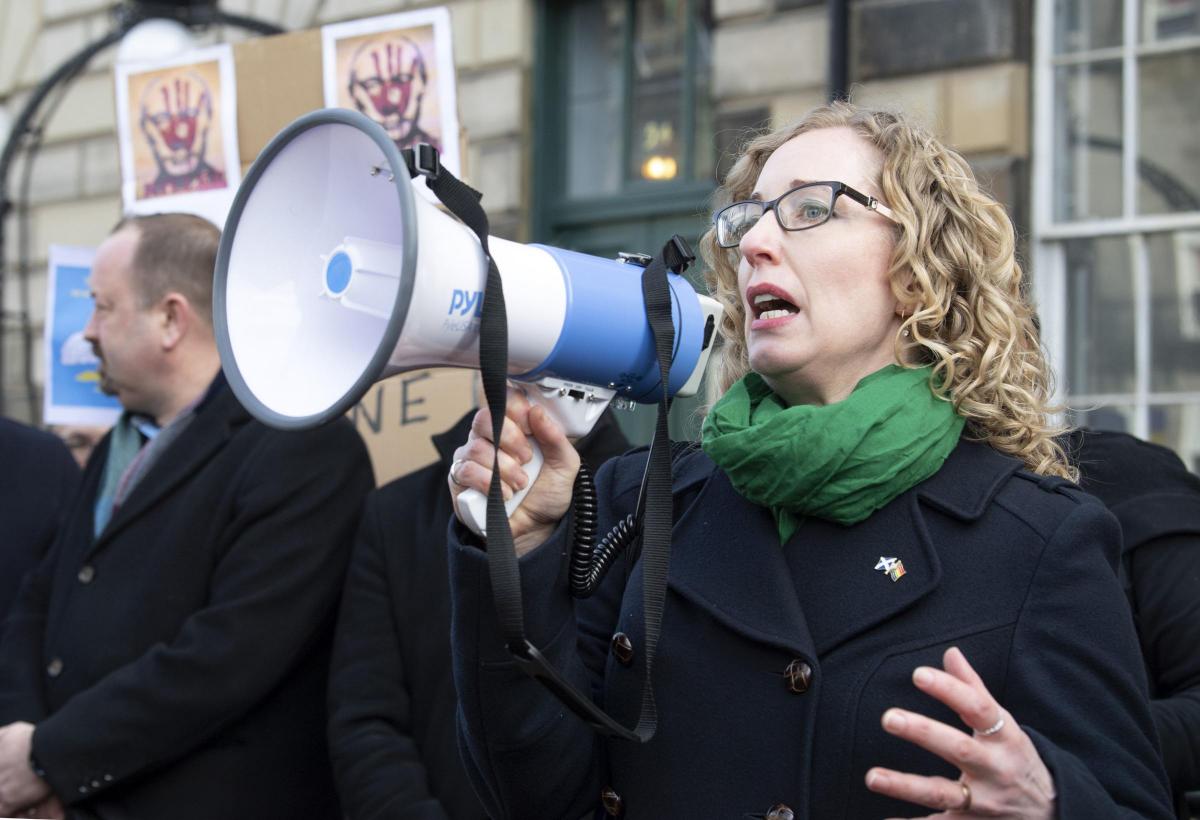 We sent the following email to the First Minister and the Presiding Officer on 11 April 2022:

Following comments made in the press by Lorna Slater, we wish to raise a complaint under the Ministerial Code General Principle 1.1 which states that Scottish Ministers are expected to maintain high standards of behaviour and to behave in a way that upholds the highest standards of propriety and 1.2 which states Ministers should be professional in all their dealings and treat all those with whom they come into contact with consideration and respect…Harassing, bullying or other inappropriate or discriminating behaviour, wherever it takes place, is not consistent with the Ministerial Code and will not be tolerated.

We further contend that Ms Slater’s behaviour is not in accordance with the Nolan principles, in particular those concerning Objectivity and Honesty.

On 3rd March, Ms Slater’s cabinet colleague, Shona Robison, in a speech to introduce the Gender Recognition Reform Bill, made a welcome call for everyone to be “respectful” and to “discuss the proposals and our views in a civilised manner”. She stressed that people should not be “automatically labelled as transphobic” for disagreeing with the Government.

As a Minister, Ms Slater had a duty to support her colleague, however, ten days later she and Patrick Harvie were interviewed in Scotland on Sunday claiming that JK Rowling, a woman who has been subject to vile abuse and death threats, was “putting trans lives at risk” by supporting women’s rights to single-sex services under the Equality Act exceptions.

On Sunday 10th April, in an interview in the Sunday Herald with Neil Mackay, Ms Slater went further and made a series of inflammatory and offensive remarks about women opposed to Government plans to reform the Gender Recognition Act. Wholly without evidence, she recycled the lie that volunteer-run grassroots women’s groups are funded by nefarious sources, saying: “My understanding is that there’s money in this from certain right-wing American groups that’s been flooding into organisations in the UK.” The Telegraph requested proof of this assertion from the Scottish Government and received a generic reply about the reform. It is shocking that the Government did not take immediate action to state there was no evidence of such funding.

She went on to claim that it was “disgusting” that the media allowed opponents of the Government’s plans a platform. Undermining Ms Robison’s previous statement, she insisted that opponents of the Government’s plans were “anti-trans” and analogous to racists or antisemites. Opponents of the Scottish Government plans to expand the GRA include members of all political parties, charities, women’s sector organisations, sportsmen and women, scientists, medics, and the Equality and Human Rights Commission. All are due an apology.

We do not believe that it is possible to ensure a “respectful” debate if Ministers are allowed to lie and slander with impunity. Ms Slater’s actions will inflame an already hostile situation (contrary to her assertions, the only recorded incidents of threats of assault have been directed at women’s rights activists, including some which have come from Scottish Green Party officers and candidates). We are deeply concerned that this is also calculated to bully and cower Parliamentary colleagues who might be made fearful of speaking out. If Ms Slater cannot behave with honesty and integrity, she is unfit to hold office in this or any other Government.

Many women in Scotland are already distrustful of the Government on this issue. We trust you will act to reassure them that they can have confidence in the integrity of Government and Parliament going forward.

Thank you for your letter of 11 April about the comments made by Lorna Slater in a recent newspaper article. You have suggested that these may be in breach of the Ministerial Code. I am responding on behalf of Scottish Ministers.

The First Minister has reviewed the comments made by Ms Slater both in the article and subsequently. It is clear that it was her firm intention to make it absolutely plain that there can be no place for transphobic bigotry in Scotland, in just the same way as we excoriate any other form of bigotry. The Minister has also been at pains to stress that she respects those who have legitimate concerns about these issues and that she and the Government are willing to enter into a respectful dialogue about such concerns. However, what is not acceptable is for the legitimate rights of the trans community to be trampled on as part of that wider debate. That, I would hope, is a view we can all share.

The First Minister is of the view that Ms Slater’s comments are entirely consistent with Government policy and fully comply with her obligations as a Minister. On that basis, it is considered that there has been no breach of the Ministerial Code.

I hope you find this explanation helpful.