Exterion Media, the company that controls advertising space for Lothian Buses, refused to display the dictionary definition of the word “woman” on the grounds that the message was “likely to offend” the general public. 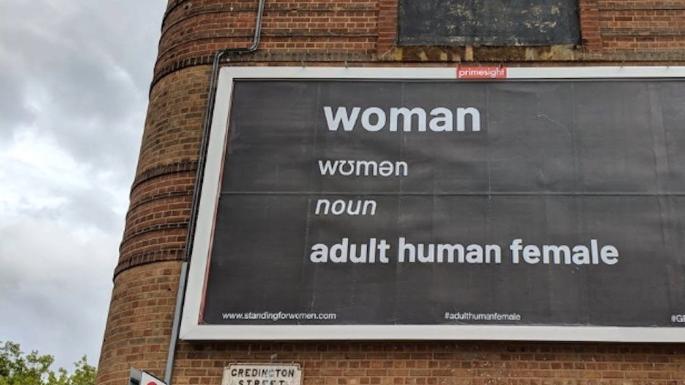 This was reported in The Times here:

This is our response:

We were disappointed, if unsurprised, by the decision of Exterion Media to refuse permission for Lothian buses to carry the dictionary definition of “Woman”.

Nothing more perfectly encapsulates the misogynistic drive to roll back women’s rights than the notion that word itself is offensive, and that adult human females cannot assert our right to the language that defines us.  Sex-based violence against women and girls is endemic in our schools and in our streets, while workplace equality is still far off.  We cannot lose the right to the language with which to frame discussion of such issues.  In recent months, we have seen the word woman erased from campaigns on cervical cancer, pregnancy, periods, and abortion to be replaced by dehumanising Orwellian convoluted newspeak.  That adult human females are asserting their right to the language which describes them is not anti-trans – indeed many transgender people are our allies in the fight against this regressive and reductive movement.

Women are simply asking that their voices are heard and their concerns regarding safeguarding and protection of single-sex exemptions – for example in sport – are dealt with respectfully. We have been met with violence, threats, and illegal attempts to prevent our lawful right to assembly.  It is shocking that in 2018, the worst word in the eyes of some men is the one that describes their mother, wife, sister or daughter.