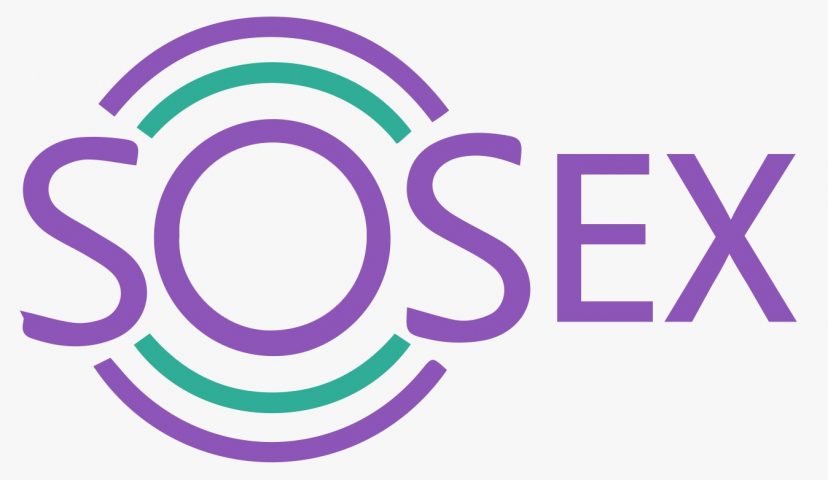 The Equalities, Human Rights & Civil Justice Committee at the Scottish Parliament has issued a call for views as part of its Stage 1 consideration of the Bill and is keen to hear from a wide range of voices. The views of people from across the country are crucial to ensuring that any potential impacts of the Bill are properly considered – so it’s really important for you to submit your views.

You do not have to be a resident of Scotland to respond (although the form does ask which local authority area you live in – you’ll need to select “Other”).

There are two separate ways you can give your views:

We’ll be submitting an organisational response to the detailed consultation in due course, but here we’ll give a guide to answering the short survey which is the best way for most people to contribute.

Suggested responses (the first seven questions are Yes/No only, but we have included an explanation of our reasoning):

Q1: Do you agree with the overall purpose of the Bill?

The Bill web page only says “The current process for obtaining a GRC is set out in the Gender Recognition Act 2004. This Bill amends that Act to make a new process in Scotland.” It does not give a reason or purpose for making a new process and, since the main provision proposed is to remove important medical safeguarding, we have to say No to this question.

Q2: Should applicants for a GRC require a medical diagnosis of gender dysphoria or supporting documentation?

The intention of the 2004 Act was to restrict Gender Recognition Certificates (GRC) to the small, objectively identifiable group of people who have a demonstrated medical need. The Scottish Government has not recognised that by removing this fundamental criteria the law is no longer about trans people – it opens up the ability to change the sex recorded on your birth certificate to 100% of the population. In the last two years neither Shirley-Anne Somerville, nor the current Cabinet Secretary responsible for the Bill, Shona Robison, have been able to justify this, or explain why someone without gender dysphoria has any need to change their sex in law. Physical treatments on the NHS will still require a diagnosis of gender dysphoria and no consideration has been given to the consequences of creating of a new group of people who will legally be the opposite sex but who cannot make any changes to their body.

The Government has said that removing this criteria and making sex a mater of self-declaration would bring Scotland in line with international best practice. This is not true. Scotland is already in line with international human rights law and is cited elsewhere as best practice. Only a minority of countries in the world allow people who identify as trans to change their sex in law at all. Fewer still allow this without requiring genital surgery. According to Wikipedia just 17 out of the 195 countries in the world have laws based on self-declaration of sex. There has been no evaluation of how this has impacted society in those countries and the evidence we do have shows it has been abused by predatory males and other criminals and fraudsters to the detriment of women and children.

Q3: Should the period of living in an acquired gender be reduced from 2 years to 3 months (with an additional 3-month reflection period)?

The 2 year period in the current law is there for very good safeguarding reasons, not only for wider society, but to safeguard the well-being of trans people themselves. It takes time for doctors to rule out other causes of distress and make a diagnosis of gender dysphoria. The NHS states: “A diagnosis of gender dysphoria can usually be made after an in-depth assessment carried out by two or more specialists. This may require several sessions, carried out a few months apart.”

The NHS Gender Reassignment Protocol advises a further 12 month experience to ensure patients are stabilised in their reassignment before taking any long-term decisions such as surgery.

Reducing the qualifying period is irresponsible and could very easily lead to distressed people making lifelong irreversible decisions about their legal status before doctors have a chance to find the root cause of distress and recommend treatment. It is particularly worrying in the case of 16 and 17 year olds about whom Bayswater Support Group have pointed out that therapeutic outcomes may be compromised.

Q4: Do you agree with the introduction of a 3-month reflection period before a GRC is granted?

This is rather an impossible question to answer. If we want the law to remain as it is with the 2 year qualifying period we should be saying No to this question. However, there is every chance this will be taken as meaning we agree that there should just be the 3 month period of living in an acquired gender and the further 3 month reflection period should be scrapped. We suggest answering Don’t Know and perhaps giving more detail in the comment box at the end.

Q5: Do you agree with the removal of the Gender Recognition Panel from the Process, with applications instead being made to the Registrar General?

The proposed reform requires the Registrar General to check eligibility only insofar as meeting the age and residency requirements. The purpose of the panel, which is comprised of legal and medical experts, is to provide important oversight to safeguard against bad-faith actors and to protect those who might be harmed by acquiring a GRC prematurely.

Q6: Should the minimum age for applicants be reduced from 18 to 16?

The Government argues that 16 year olds are adults in Scotland who have the right to vote and marry and therefore have the legal capacity to permanently alter their sex in law. This does not explain why they went to the Supreme Court to defend their incorporation of the UN Convention on the Rights of the Child into Scots law which defines a child as “being below the age of eighteen years”, a law which quite rightly recognises that young people are often impulsive and do not think about long term effects and so parents/guardians and the state still have an important role in protecting them.

The Government’s proposal ignores the advice from the Children and Young People’s Commissioner Scotland, who warned that this plan conflicts with our modern understanding of the cognitive development of people under 25 – neurological research the Scottish Government otherwise accepts as valid and important, as evident from the recent change in sentencing guidelines for this age group.

There has been a stratospheric increase in referrals of gender-distressed children to Sandyford, Scotland’s young people’s gender clinic, for whom, despite the push for affirmation-only medical and surgery treatments, the best evidenced therapeutic practice remains watchful waiting. With family support and talking therapy, we know the majority of children will become comfortable with their body as they mature. To offer these children no-questions-asked legal affirmation is reckless and irresponsible, it will compromise clinical aims and undermine therapy and parental responsibilities.

The Government has also ignored the evidence provided by the growing number of detransitioners about being rushed into social and medical transitions without due consideration of their backgrounds and other mental health issues. These brave young men and women requested a pathway to revoking a GRC but this has been denied. Not only will those who change their mind be possibly charged with making a false declaration but this Bill would see those who are still legally children trapped in their acquired gender.

Q7: Do you anticipate any negative impacts from the provisions in the Bill?

Lots! We detail some of them in the next question that you may like to include in your comments.

Q8: Please provide any further comments you have about the provisions in the Bill.

Please complete this section in your own words. You may like to include some of the points mentioned in the questions above or in our section below on the conflict with women’s rights and single-sex spaces. You might also like to read the points raised by women’s groups in their meetings with the Cabinet Secretary, for which the Government had no answers, and the 14 questions posed by MurrayBlackburnMackenzie which also remain unanswered.

The GRA changes a person’s sex in law for most, but not all purposes. It is governed by a number of exceptions both within the Act and in other pieces of legislation which apply where an person’s biological sex supersedes their new legal sex. This includes sports, single and separate-sex services, peerages, status as a mother or father, various benefits, job requirements, and religious exceptions.

These exceptions are fiercely debated and occasionally subject to court action. According to existing case law regarding prisons, a GRC-holder may have a stronger claim to access spaces and services provided for the opposite sex than a person without a GRC. The Scottish Government takes a different view and claims holding a GRC makes no difference at all and that non GRC-holders can equally access women’s spaces. And of course, our recent court win proved that wrong with the ruling that a women-only provision must exclude biological males. It is in this climate of unsettled and contested law that the Government plans to legislate, knowing full well that making acquiring a GRC a matter of self-declaration will lead to at least a tenfold increase in GRC-holders – the majority of whom expect admittance into the spaces of the opposite sex. This will only exacerbate the situation.

The Government has refused to engage on the legal arguments and has ignored the advice issued by the Equality and Human Rights Commission, which asked for a more careful consideration of the effect the reform will have on women’s sex-based rights under the Equality Act.

The EHRC also warned of consequences relating to the collection and use of data, participation in sport, measures to address barriers facing women, and practices within the criminal justice system, amongst others.

Men who say they are women have already claimed it is their right to:

These already happen in Scotland and are encouraged by the Government, who, contrary to the Equality Act, recently declared in Parliament that men can self-identify into women’s and girls’ changing rooms and toilets. Government guidance to schools specifically states boys can join girl-only sporting activities.

Only a minority of countries in the world allow people to change their sex in law. There has been no evaluation of how this has impacted society in those countries and the evidence we do have shows it has been abused by predatory males and other criminals and fraudsters to the detriment of women and children. The Government cannot continue to deny there are significant demonstrable problems and safeguarding needs to be a priority.

Women are already defined in law with protections and rights as a sex-class, distinct and separate from men – rights that will now be completely undermined. The legal issues must be sorted out before any changes are made to the GRA. It is not good enough for the Government to merely say the GRA has nothing to do with the Equality Act, all the while systematically undermining both our rights in law and our very definition.

You may also like to include your thoughts on how the GRA could be reformed in a way that improves matters for women. We made a few suggestions in a poll to our newsletter subscribers which include the following (with the most popular listed first):

There are several unanswered questions about how this Bill will impact on the rest of the UK – for those not in Scotland it is particularly worth mentioning these (and also raising with your MP and Ministers). See MBM’s blog for more information.