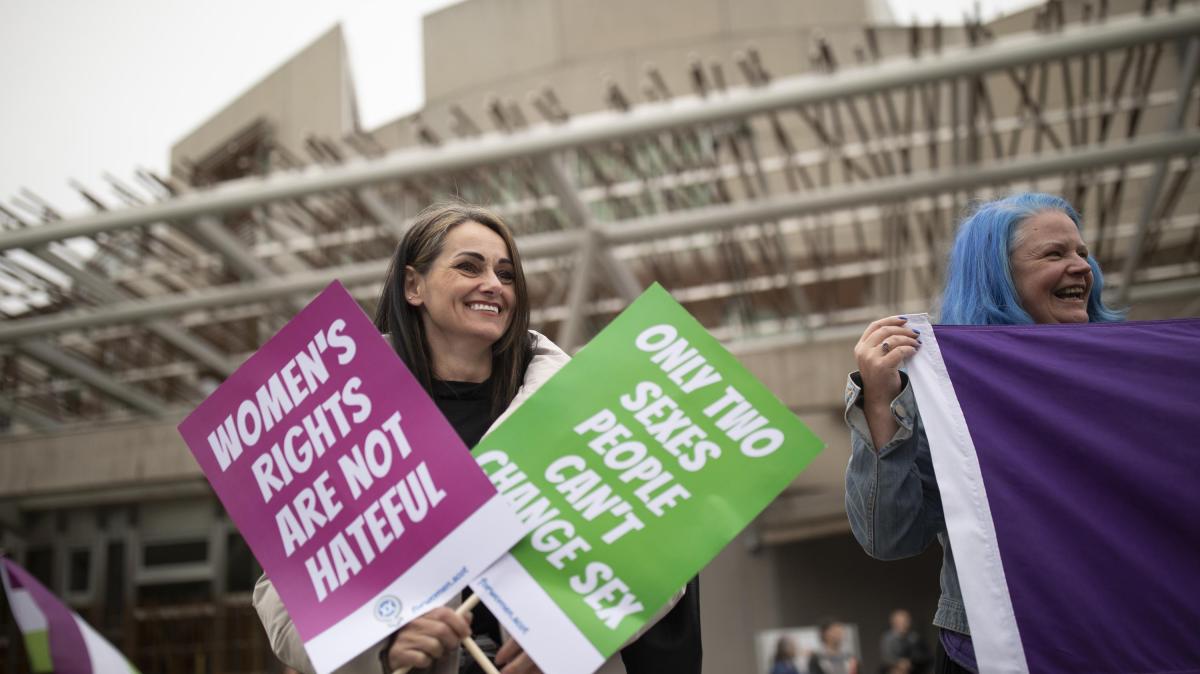 Despite a legal fiction enacted 18 years ago, outwith science fiction people cannot change sex. The Scottish Government claim to understand the difference between sex and gender, but have used legislation and policy to erase sex or conflate it with gender.

For Women Scotland recently won a case in the highest court in Scotland over the definition of “woman” in the Gender Representation on Public Boards Act. In the ruling, the judges said that “Provisions in favour of women…by definition exclude those who are biologically male”. They determined the definition in the Statutory Guidance, based on self-ID, should be struck out.

However, the Scottish Government’s proposed correction is to define woman on the basis of section 212 of the Equality Act plus those in possession of a GRC who have changed their legal sex to female. In short, while Ministers and Civil Servants will swear blind to this committee that a GRC does not change a person’s sex under the Equality Act, this suggests they do not really believe this.

The GRA conflates sex and gender. Meanwhile, confusion and co-ordinated campaigns have undermined how single-sex spaces operate and this is reflected in the submissions you received, in policy documents and work place guidance. We think many have the law hopelessly tangled, but while the Scottish Government are not prepared to defend women’s rights, reform will make things immeasurably worse. Another bad law will, like others before, end up in the courts.

By doing away with all eligibility criteria, this Bill effectively opens up the process to everyone. There is a frankly naive expectation that no one will act dishonestly and that “solemn declarations” are the most binding of magic.

While much has been made of the vulnerability of trans-identified people, there has been little recognition that the people who will suffer under the loss of single-sex spaces, which providers will find increasingly difficult to operate, are, genuinely, some of the most marginalised and abused in Scotland today.

While the committee took private evidence from selected individuals – some of which related to experiences rather than the application of law – I recently listened to the heart-rending accounts of  women who have self-excluded from women’s services and their evidence of how trauma has ripped their lives apart. These women have then been demonised – sometimes by the very organisations who were supposed to protect them, and betrayed by those who should have supported them. If lived experience matters to the committee, theirs should too.

Frontline workers and board members have told us that the women at the top of the funded organisations did not consult independent centres before declaring for self ID. Many try to maintain a defacto single-sex policy in spite of this.

We are concerned that the committee set the schedule for witnesses before studying the evidence and there have been gaps in previous panels – for example no mention of Cass Review or detransition in the panel on young people. I am sure that the committee will reference international best practice. We would like to understand what you think this means. We know previous witnesses referred to the Yogyakarta Principles – a document that signally failed to consider women – in submissions.  Human rights lawyer Prof Robert Wintemute was a co-signatory to these principles and has written to this committee offering evidence but has not been called. If you really wish to understand, this seems a shocking omission.

There has been much talk of misinformation & abuse. We would agree, but it does not come from the people sitting in front of you now. Sadly, some misdirection has come from government funded groups who enjoy privileged access to ministers. Abuse of our organisations has come from people working in parliament, from members of cross-party groups and was even published on the Scottish Parliament website. Disgracefully, one of the organisations on the next panel put out a hugely inappropriate comment about this session in their newsletter last week. Meanwhile ordinary women, shut out from the process, have to protest outside this Parliament to be noticed.

This committee has much work to do, biassed or partial evidence collection will not make a febrile situation better. Women still suffer disproportionately from domestic violence, we are overlooked in medical trials, our health conditions taken less seriously, we are paid less, and take on more caring responsibilities. Our sex is a factor in this, not our clothing preference or pronouns. By erasing and confusing sex in law and policy, the Scottish Gov won’t resolve any of these inequalities, but they will make it considerably harder to monitor injustice and fight for change.