I’ve frequently read on Twitter of claims that the proposed changes to the Gender Recognition Act will merely be an extension of the self-identification processes we already have for passports and driving licences.

This was news to me.  It was a long time ago admittedly, but I seem to recall needing my birth certificate when I first applied for a driving licence.  So I thought I’d investigate a bit further. Google took me to justbeyourself.org.uk which explained the peculiarities of how a person’s sex is shown on their driving licence: section 5 shows your driving number: the seventh character of which is either 0 or 1 for male, or 5 or 6 for female.  Checked my licence: yip, a five for me. 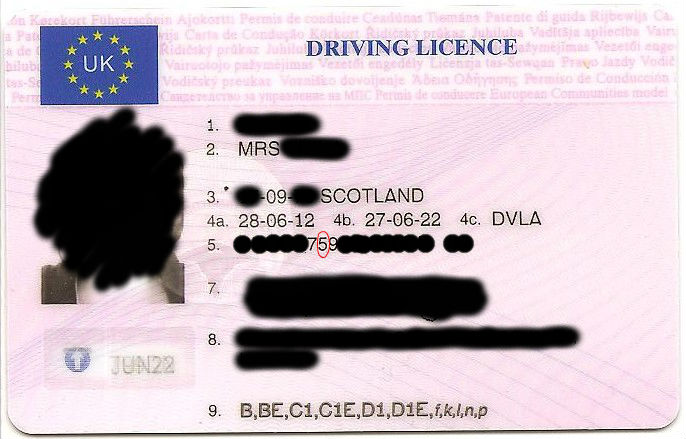 Following their link to gov.uk/change-name-driving-licence it seems I need to complete form D1 and enclose any supporting documents for a name or gender change.

The leaflet that comes with the form explains further:

If your name and/or gender is different from that shown on your current driving licence you must provide proof of this change.

Photocard licence holders – you must provide identity document(s) showing a clear link between your current name and the name on your licence.

Well, I don’t intend changing my name at all, so have no need to send in any documents.  On with the form, which is pretty straightforward, except for not having an option anywhere for changing gender!  Undeterred I crossed out ‘name’ and replaced it with ‘gender’ in the options list, and in the blank box wrote the explanation “I self-identify as male.  Please change the gender identity marker on my driving licence.” 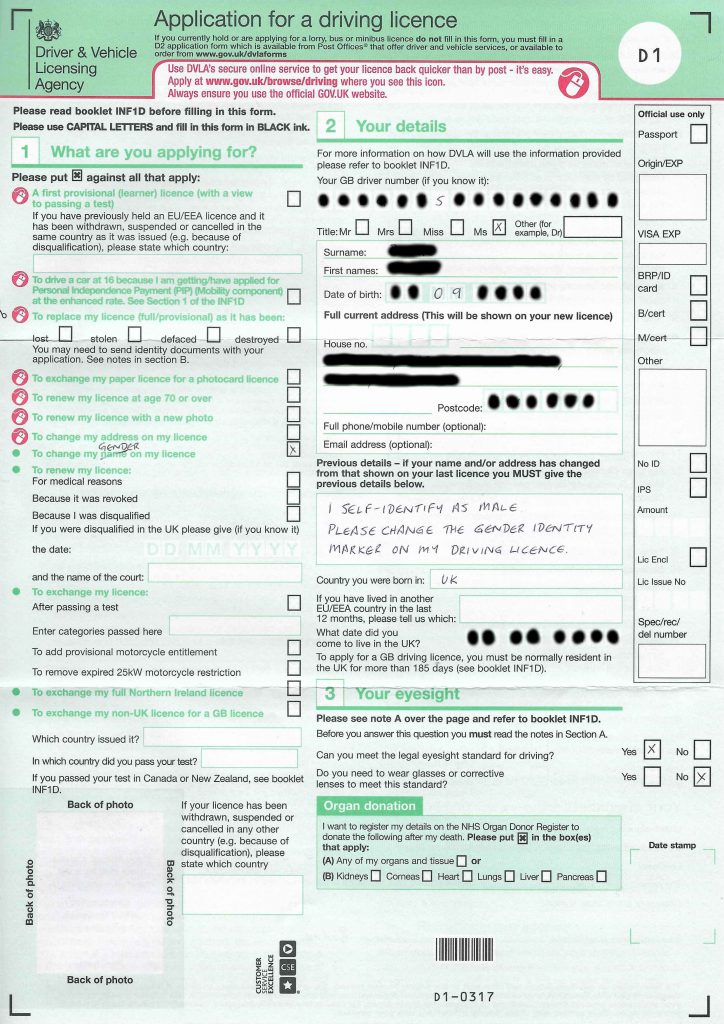 This was really important.  I had no wish to lie on an official form.  I was not changing my sex, I was self-identifying a gender identity.  I really felt affinity with masculine stereotypes when I signed the form.

So, for the price of a second class stamp I waited to see what DVLA would do… 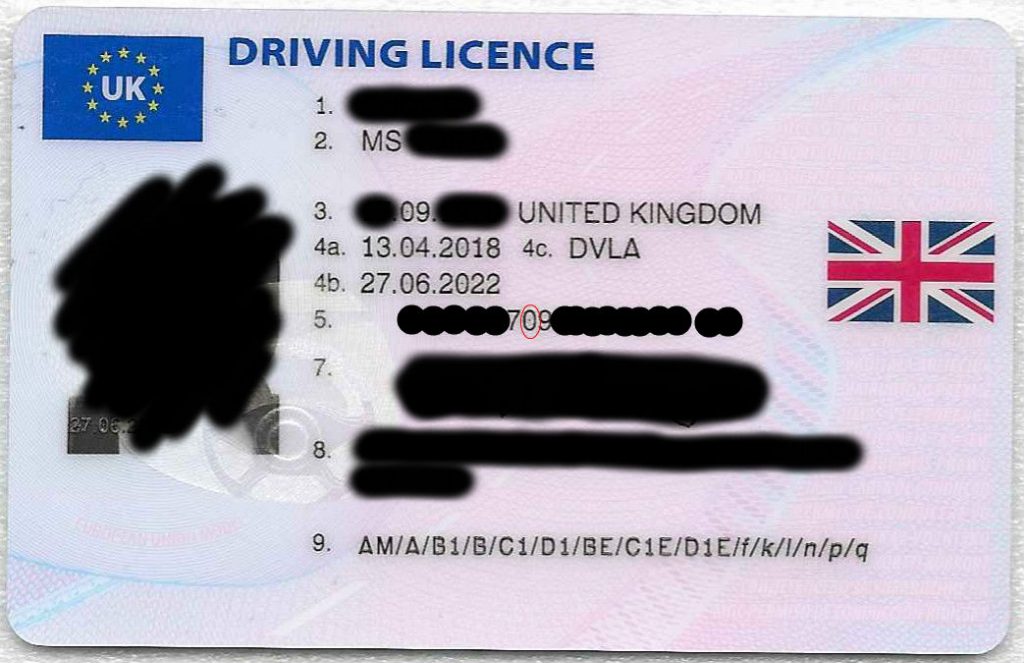 I’m still a little shocked at how easy it was.  DVLA could have rejected my application on several points by saying it was a sex or even a legal gender category, but they didn’t.  No questions asked, no querying of my female title, no paperwork required, no proof of transition, no doctor’s letter. Nothing.

It’s official, the male/female category on your driving licence does not reflect your biological sex, but your gender identity.  I hope you have one.

But why is this important?  Arguably, the DVLA has no need to know a person’s sex and, as insurance companies no longer price differentiate between males and females, maybe sex should be removed from driving licences altogether?

However, I can think of four good reasons for knowing a driver’s sex:

Leaving aside arguments of nature v nurture these are still significant differences, and sex rather than gender identity is the information required.

If these issues are important to us, and I believe they are, then the information shown on licences should be meaningful, reflective of reality, and accurate.

It’s worth noting that this little known about procedure for changing sex/gender identity on licences is in place before any changes are made to self-id legislation; when and who decided this I don’t know.  What happens if the Scottish and UK Governments announce a law whereby anyone can officially ‘choose’ their sex?  What will be the impact on crime statistics, safe driving campaigns, credibility of photo ID? Has any research been conducted on the likely uptake?  I wonder what the cost was to the DVLA of my little experiment – processing, printing new photocard licence, postage costs? I could do this every three weeks.  So could a lot of people.

PS.  I’m also rather peeved at losing my Scottish identity from my licence.

Since this blog was published DVLA have confirmed they moved to self-identification some time ago.  This means that every driver in the UK has unwittingly been assigned a gender identity by the DVLA.

A few months later a further form was submitted to DVLA, who changed the licence back to female (7th character in driving licence now ‘5’ again), no questions asked – something that certain posters on Twitter have told me would not be possible! 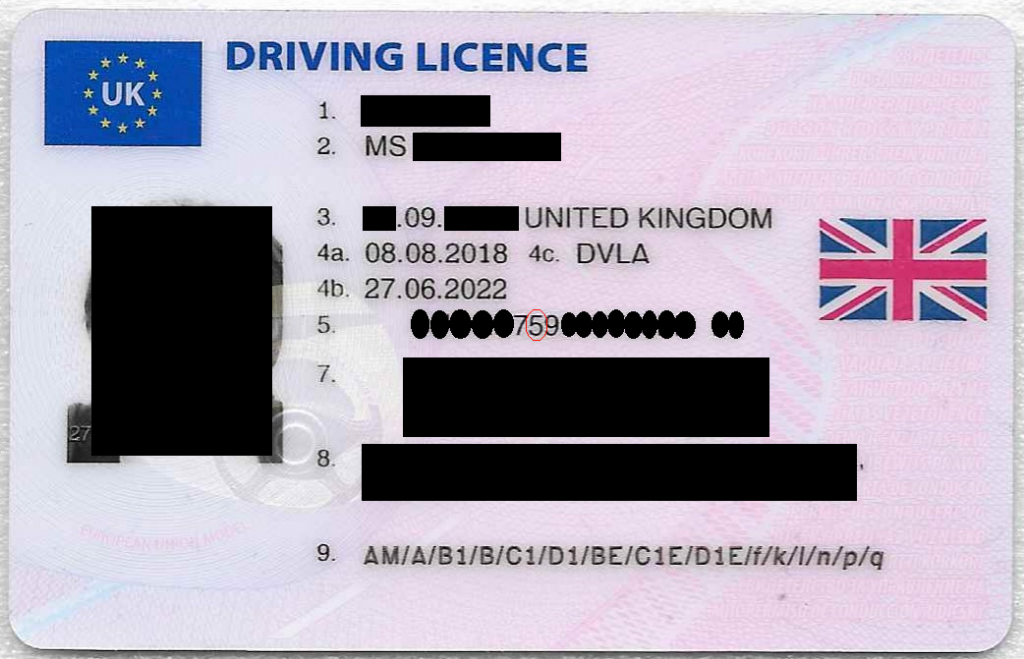 PS. I may or may not be male again…